Two teenagers have recently returned from an emotional and poignant visit to the battlefields of World War One in Belgium and France.

The government funded programme has been established to commemorate the centenary of the war by taking two students from every secondary school in England to visit the battlefields on the Western Front between now and 2019.

Elizabeth and Renee are keen historians and went to visit the Commonwealth war grave sites of Tyne Cot Cemetery and the scene of the Battle of the Somme. The visit had an enormous impact on the girls who came back to London with a greater understanding of the importance of remembering the fallen heroes of World War One. Some of the graves that the students visited were for teenagers not much older than themselves. The girls even found the grave of soldier William John Fuller, who was originally from Lordship Lane, Wood Green.

The teenagers visited Ulster Memorial Tower, and took part in a remembrance service at Menin Gate in Ypres, Belgium, where the Last Post is played in a ceremony which takes place every evening. Young people from the group laid a wreath in memory of the fallen soldiers, with Alison Rose, the British Ambassador to Belgium.

Now the students are passing on what they have learnt and their experiences to the local community, through newsletters, assemblies and other projects.  Deputy Headteacher, Gerry Robinson, said:

“The impact of the Battlefields Tour was immeasurable. The students developed a far better understanding of what happened during World War One and the impact that it had on peoples’ lives. They realised the importance of remembering what happened one hundred years ago and the value of educating everyone in our community about the horrific impact of war.” 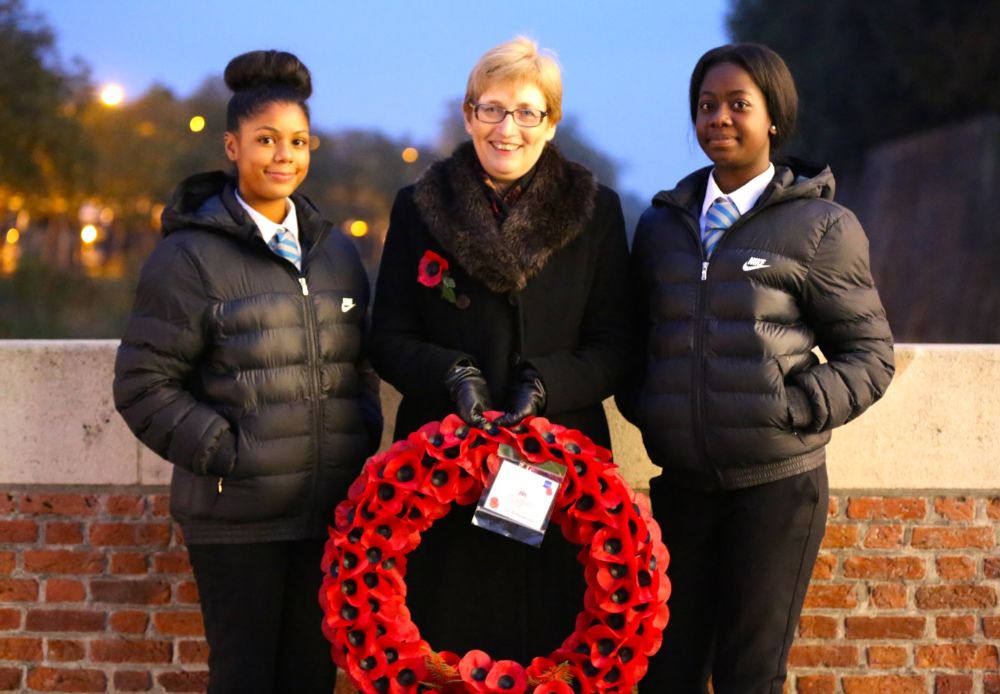